Osteoarthritis is common and increasing in prevalence, resulting in enormous personal and societal costs.

Additional Resources: Learn more about the burden of OA to employers and working adults.

Arthritis is a serious health crisis.  CDC estimates that 1 in 4 (or 54.4 million) US adults have some form of arthritis, a figure that is projected to reach 78 million by the year 2040.1 While there are estimated to be more than 100 types of arthritis, osteoarthritis (OA) is the most common form of arthritis, affecting 32.5 million US adults.2  The high prevalence of arthritis manifests in enormous societal and personal costs. 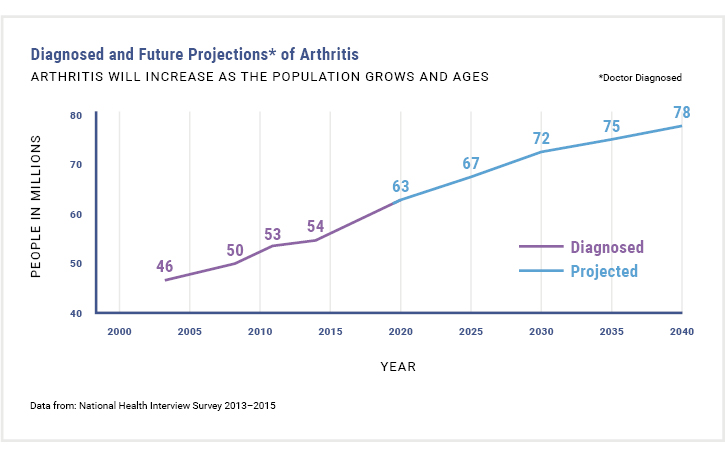 PREVALENCE BY AGE, GENDER, AND ETHNICITY

THE BURDEN OF OSTEOARTHRITIS2,4 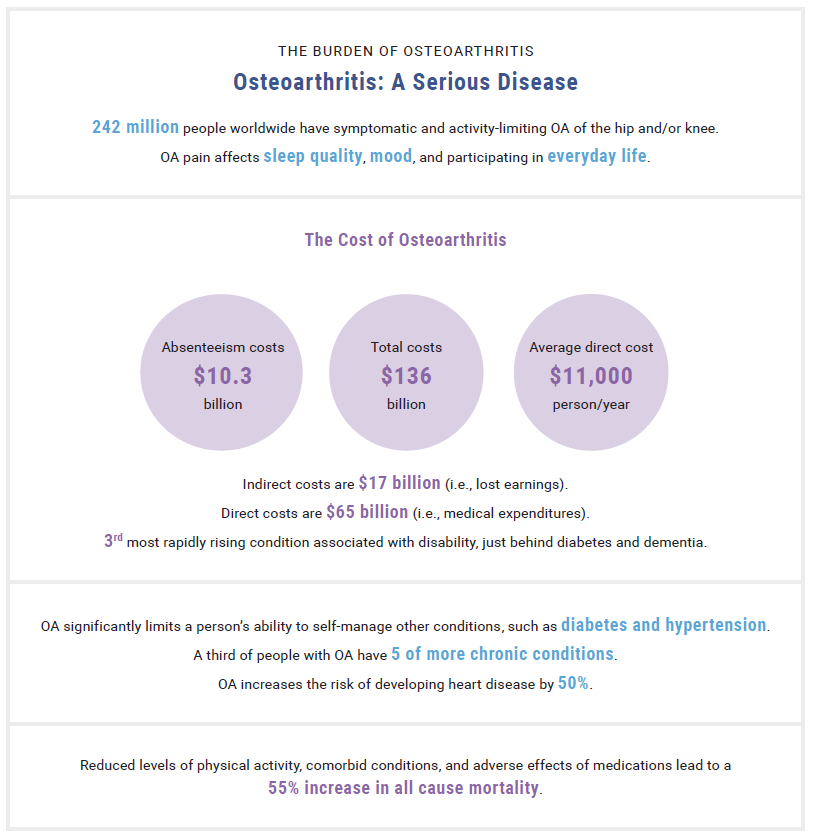 Download a similar version of this infographic as a PDF or PNG.

Pain- both chronic and episodic- can result in depression and other mood disturbances, functional disabilities, and work limitations. 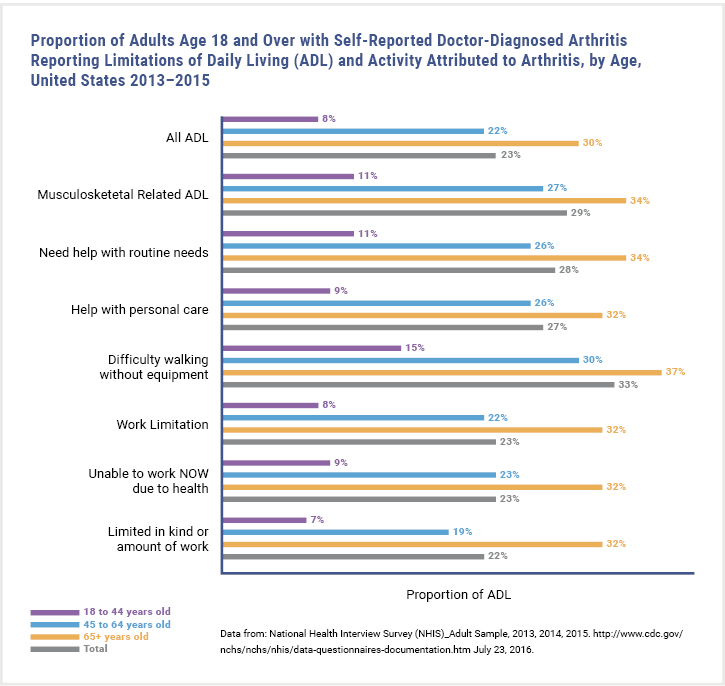 The overall economic burden associated with OA in the US is estimated at $136.8 billion annually.2 This stunning figure has more than doubled over the last decade. For perspective, the annual economic cost of arthritis surpasses that of tobacco-related health effects, cancer, and diabetes. Direct medical costs reach $65 billion annually, with annual all-cause per person direct costs reaching $11,502.2